The Shea Presents the debut of CINEMASTORM:

A new double feature film series curated by the mysterious Professor Robert J. McGuffin with a focus on fun, fantastic and forgotten films (at an affordable price)

And to kick off the series, the fan favorite: 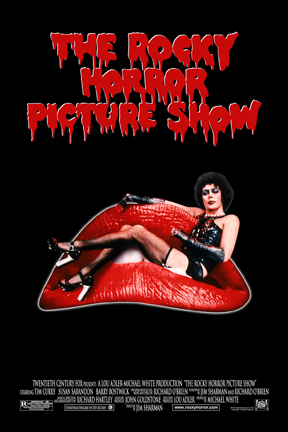 The Rocky Horror Picture Show The 1975 Tim Curry, Susan Sarandon cult classic. Damn it, Janet! Come in costume. Bring toast to throw (but don’t hit our new screen!) and gear up for Halloween Transylvanian style. Presented in agreement with Criteron and Fox.

Tod Browning’s 1932 pre Motion Picture Censorship Code film, billed in it’s time as horror but as Professor McGuffin says “is an eerie, empathetic movie. A love story about circus ‘freaks’ and how we, the people who judge and misunderstand them, may be the freaks. It’s a brave movie and leaves a big impression.”