Light Up the Shea!

With renovations nearing completion, Monte Belmonte and the Board of the new Shea Theater Arts Center invite you to “Light up The Shea” with a long weekend of music. For three nights, from Friday through Sunday, March 4-6, Signature Sounds presents a trifecta of fabulous entertainment:  Red Baraat, Speedy Ortiz, and Heather Maloney.

Tickets are on sale NOW with $2 from every purchase going directly to benefit the beautiful renovations at The Shea Theater, Avenue A, Turners Falls. Show details follow.

Famously dubbed “The best party band in years” by NPR, Red Baraat is a pioneering eight-piece band from Brooklyn, New York. Conceived by dhol player Sunny Jain, the group has drawn worldwide praise for its singular sound — a merging of hard driving North Indian Bhangra with elements of go-go, rock and jazz — fueled by 3 master rhythm makers, the muscle of horns, a raucous guitar and a booming sousaphone.

Attention came swiftly following Speedy Ortiz’s 2012 Sports EP on the Boston-centric label Exploding In Sound, and with good reason. Amherst Massachusetts-based songwriter/guitarist Sadie Dupuis’ knotty, lyrically dense songs were fully realized by her bandmates, with intricate guitar lines crisscrossing over Darl Ferm’s fluid bass and Mike Falcone’s precisely executed drumming in a way that was simultaneously catchy and jarring. After the success of its 2013 Best New Music-honored debut full-length Major Arcana, the band formalized its assault through a year and a half of relentless touring with bands in whose brainy-slash-brawny legacies it followed—among them Stephen Malkmus & The Jicks, Ex Hex, and The Breeders. In 2014, the band added guitarist Devin McKnight of the Boston-based post-punk group Grass Is Green, whose guitar parts both match and challenge Dupuis’.

“The sounds I love in indie rock are so lush, and textured, and intricate, like someone spent a lot of time on this, so they must really care,” Maloney explains, citing influences such as Ben Howard, The Shins, and Io Echo. “And as a singer-songwriter raised on folk, I am drawn to lyrics that that are meaningful, intelligent, tell a story, paint pictures… that care. So I just wanted to make an album that cared musically and lyrically. Some sort of a bleeding heart meeting a distant, unaffected, sparkly rock band. That was the goal.”

Singer-songwriter Heather Maloney did just that on her newest LP, Making Me Break. Working with Grammy- nominated producer Bill Reynolds (Band of Horses, Avett Brothers), the two crafted and delivered on an artistic vision to merge Maloney’s folk roots with indie rock. Maloney’s new music has a definite edge, but it also has a classically trained voice that delivers well-crafted lyrics over a technical arrangement—a combination we’ve recently seen getting mainstream appreciation once more. Suddenly, the term “singer- songwriter” carries serious weight again. Chalk it up to a revival of everything 90s and Maloney’s influence from “those bleeding hearts,” as she calls them, referring to artists’ like Fiona Apple, Tori Amos and Aimee Mann. 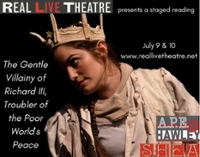 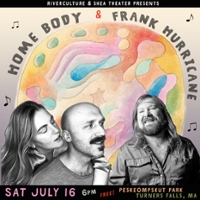 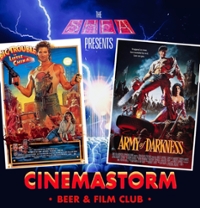